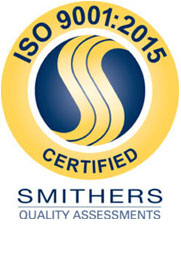 C.U.E., Inc. traces its history to 1957, the pioneering days of cast urethane elastomers. Armstrong Cork Company of Pittsburgh, PA started working with this new material as a possible replacement for cork for sealing applications.  New applications were being found regularly for this tough and versatile material.  The business unit was purchased by Fluorocarbon Company, based in Anaheim, CA in 1972.  By the mid1980's, Fluorocarbon was looking to divest of the urethane division.

On April 7, 1986, the management team from the urethane division bought the entity and named it C.U.E., Inc. (an acronym for Custom Urethane Elastomers).  The team was led by General Manager Joseph Scaletta.  By 1989, the group moved in a brand-new facility in Cranberry Township, PA where its corporate headquarters and primary manufacturing facility still operate.

State-of-the-art processing equipment was continually added to the facility, the building was expanded for further growth, and a second generation of professional staff had enriched the company.  Expansion came organically as well as through acquisitions of 2 other urethane molding companies, giving C.U.E a stronger presence in the corrugated packaging industry and the mining and aggregate industries.  The former minority-share investors were bought out and C.U.E., Inc. became 100% Scaletta-family owned, which it remains today.

By the early 2000s, C.U.E. became ISO-9001 certified, and Joe Scaletta, Jr. was named President.  An international distribution system was put into place to expand the market for C.U.E.'s molded urethane products.  The company’s focus on product development strengthened resulting in many Fortune 500 companies choosing C.U.E. as a partner for their elastomer requirements. Many new products and processes were invented and C.U.E. won a prestigious R & D 100 Award.  A third facility was added in Dallas, TX to expands C.U.E.'s offerings to the oil and gas industry.